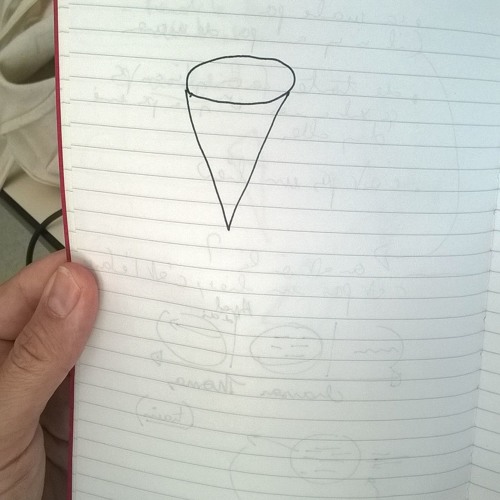 The aesthetic part and pathos inherent to the biographical aspect are present in the music below, realized during a workshop on the autobiography animated by Alessandro Bosetti. Follow the link for the description of the laboratory master animating this workshop about the course of this traineeship, which was a real “brain shaker” for me!

Entitled “Les nom du père” meaning “The names of the father” in reference to the Lacan conference of the same name, this creation in the autobiographical narrative genre, explores the laughter and tears through the aesthetic techno language which informs the listener of the intensities and notably through the measured and measured use of kicks that echo the speech, exposing a momentary, and certainly fictional point of view, if not false (after verification). a glance at a moment of the ellipse on one of its adverse parts forming the cone :

A word that pleased about, from of a poet and producer at mighty France Culture radio :

Later, it was followed by a musical live performance, performed at  “Le Vog” Fontaine’s art center, as well as a new piece borrowing both the lyrics and the title of the Lacan conference in question, this time spelled “les non-dupent èrent” which could be traduced by “the non-fooled wander”. Because precisely as you can see spelling fluctuating and  while fluctuating slips along the ellipse of the cone and spirals the meaning (and it’s quite happy). A piece of spoken house in preparation will follow this work, as well as musical tracks made of recorded memories.